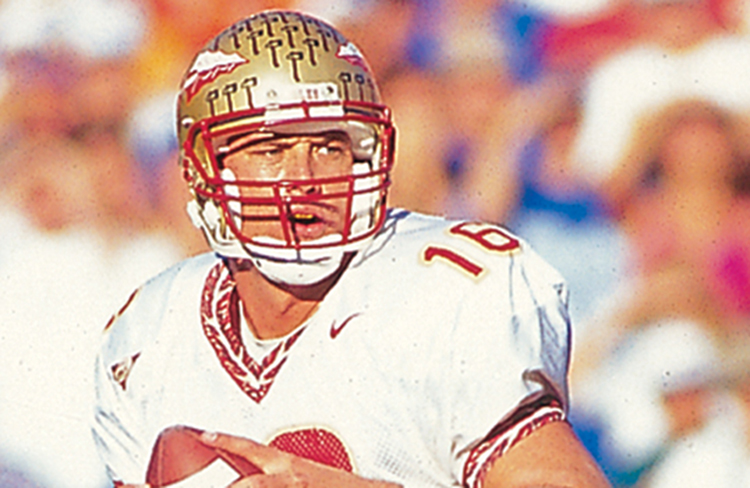 Chris Weinke signed with Florida State out of high school and spent four days in August 1990 on the campus before signing a professional baseball contract with the Toronto Blue Jays as a second round draft pick. He spent six years with the Blue Jays before returning to Florida State, where he became the first three-year starter at quarterback for the Seminoles under legendary coach Bobby Bowden.

Weinke helped Florida State claim its second National Championship title and first undefeated season in 1999. In 2000, he was the nation’s leading passer with 4,167 yards, averaging 347.3 yards per game, and ranked second nationally in both passing efficiency and touchdown passes on his way to winning the Davey O’Brien Award and Heisman Memorial Trophy.

He was just the second quarterback in history to pass for more than 9,500 career yards and win an NCAA title. Weinke was drafted by the Carolina Panthers in the 2001 NFL draft. After six seasons with the Panthers, he signed as a free agent with the San Francisco 49ers in 2007, where he played one year.