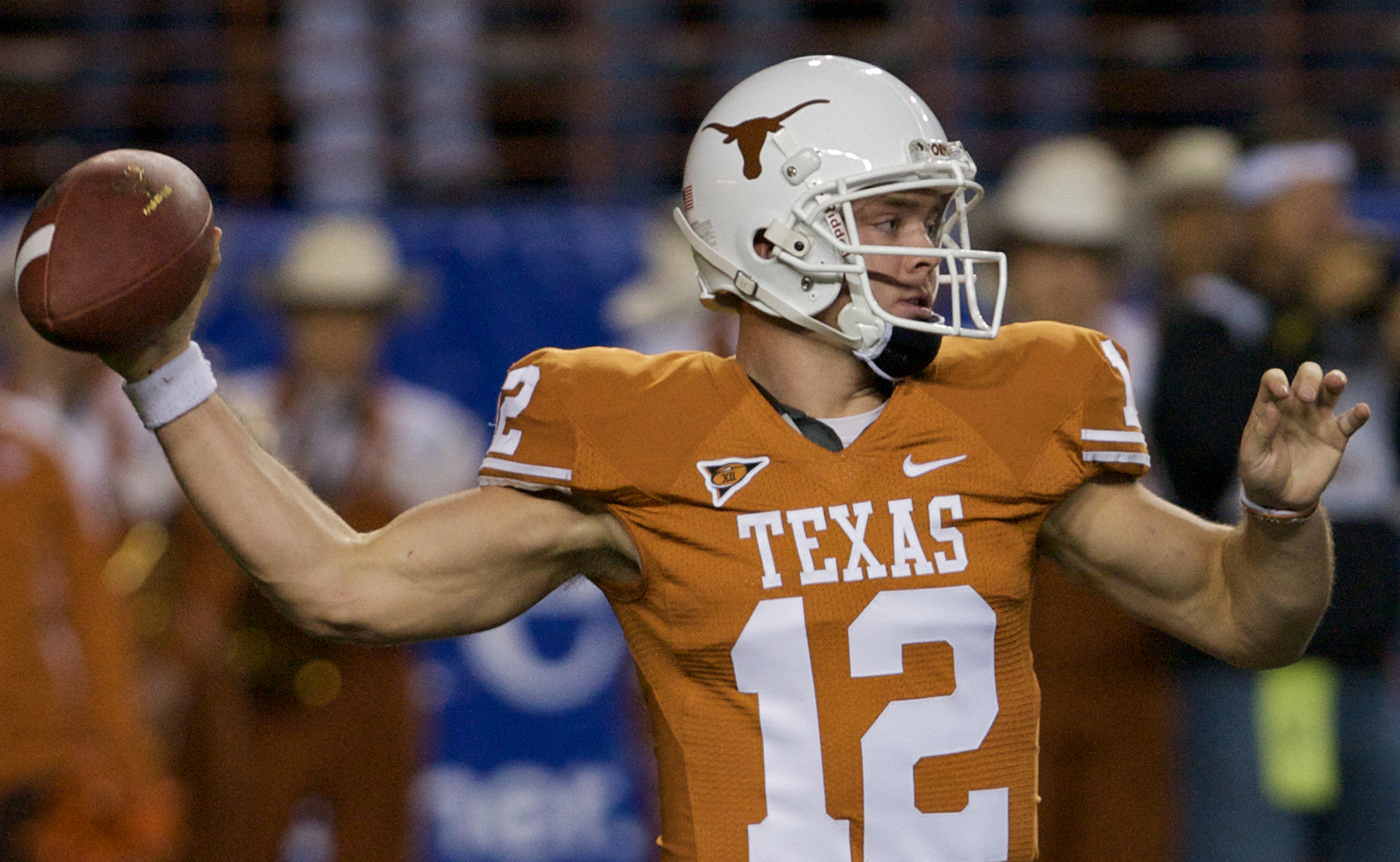 During the 2009 season, McCoy led the Texas Longhorns to a 13-1 record, Big 12 Conference Championship and No. 2 (BCS) ranking, as well as a berth in the 2010 Citi BCS National Championship game against Alabama. In addition to the Davey O’Brien Award, McCoy won the Maxwell Award, Johnny Unitas Golden Arm Award and was named Walter Camp Player of the Year and Big 12 Offensive Player of the Year.

The senior signal caller from Tuscola, Texas, threw for 3,521 yards and 27 touchdowns on the season, while leading the nation in completion percentage (70.6). McCoy also rushed for 348 yards and three touchdowns. McCoy, the first Longhorn to pass for more than 10,000 yards, finished his career holding 47 school records, including passing yards (13,253), touchdowns (112) and completion percentage (70.3). McCoy, who became the first quarterback to lead his team to four 10-win seasons, also made NCAA FBS history with a 45-8 record as a starter.

A National Football Foundation Scholar-Athlete and three-time first-team Academic All-Big 12 selection, McCoy graduated in December 2009 with a degree in sports management. He currently plays in the National Football League.