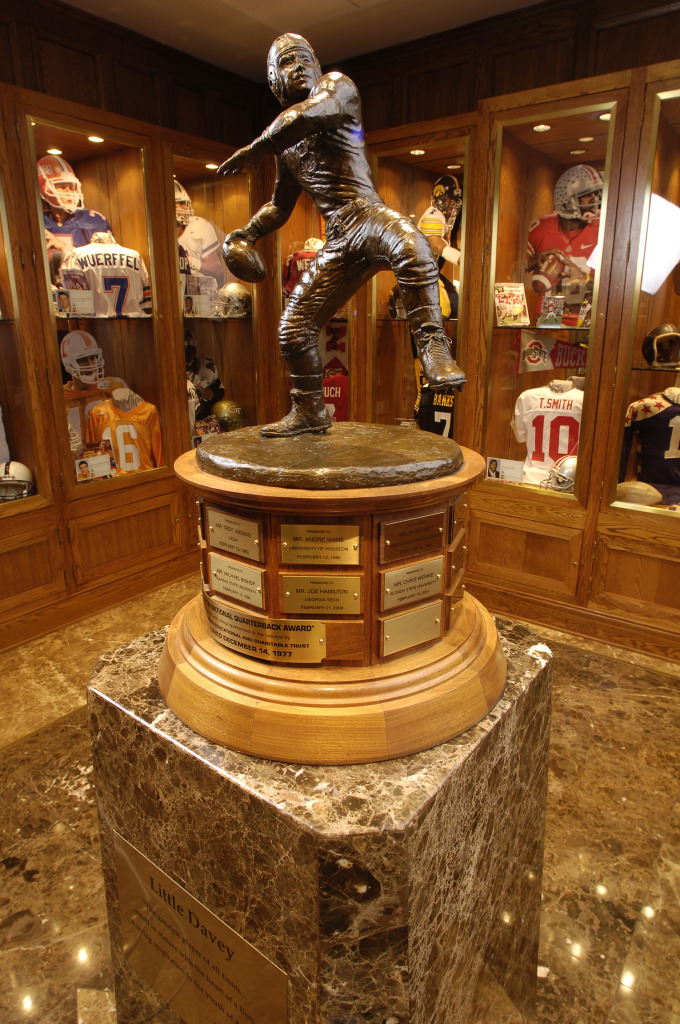 On the 11th floor of The Fort Worth Club, football history comes alive in the Davey O’Brien Hall of Fame.