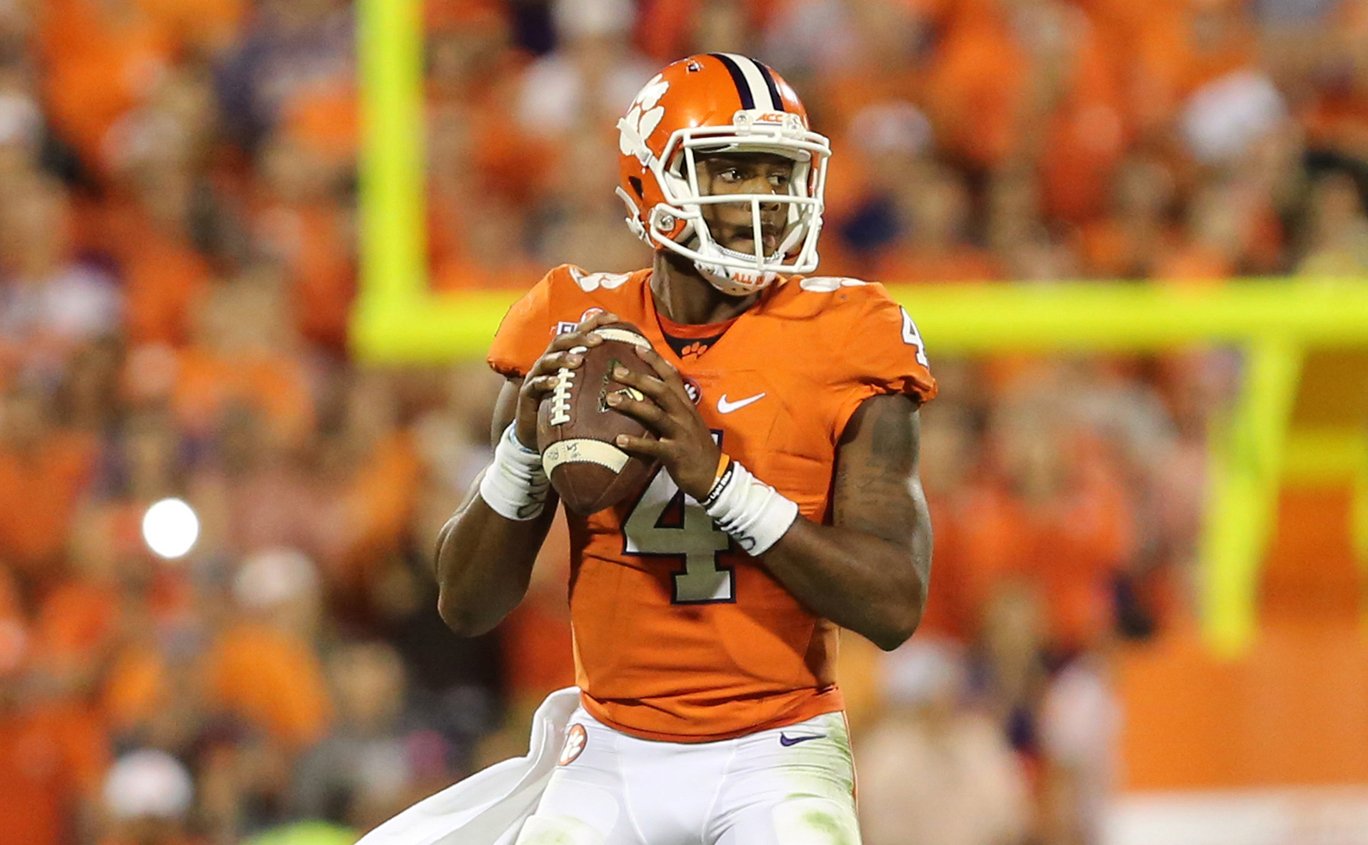 In 2016, Clemson junior Deshaun Watson became the first player to repeat as the Davey O’Brien National Quarterback Award winner in more than a decade, and just the fourth two-time winner of the nation’s oldest and most prestigious college quarterback award.

Watson guided the Tigers to a 14-1 overall record and the school’s first national championship since 1981. He finished third nationally in passing yards (4,593), passing touchdowns (41) and points responsible for (304), and was fifth in total offense per game (348.1). On the year, the dual-threat quarterback amassed 5,222 yards of total offense while accounting for 50 total touchdowns. He completed 388-of-579 passes (67.0 percent) for 4,593 yards and 41 touchdowns, while rushing for 629 yards and nine scores.

Watson was named the Offensive Most Valuable Player of the National Championship Game after completing 36-of-56 passes for 420 yards and three touchdowns with no interceptions. He also added 43 rushing yards and a score against previously unbeaten and then-No. 1 Alabama.