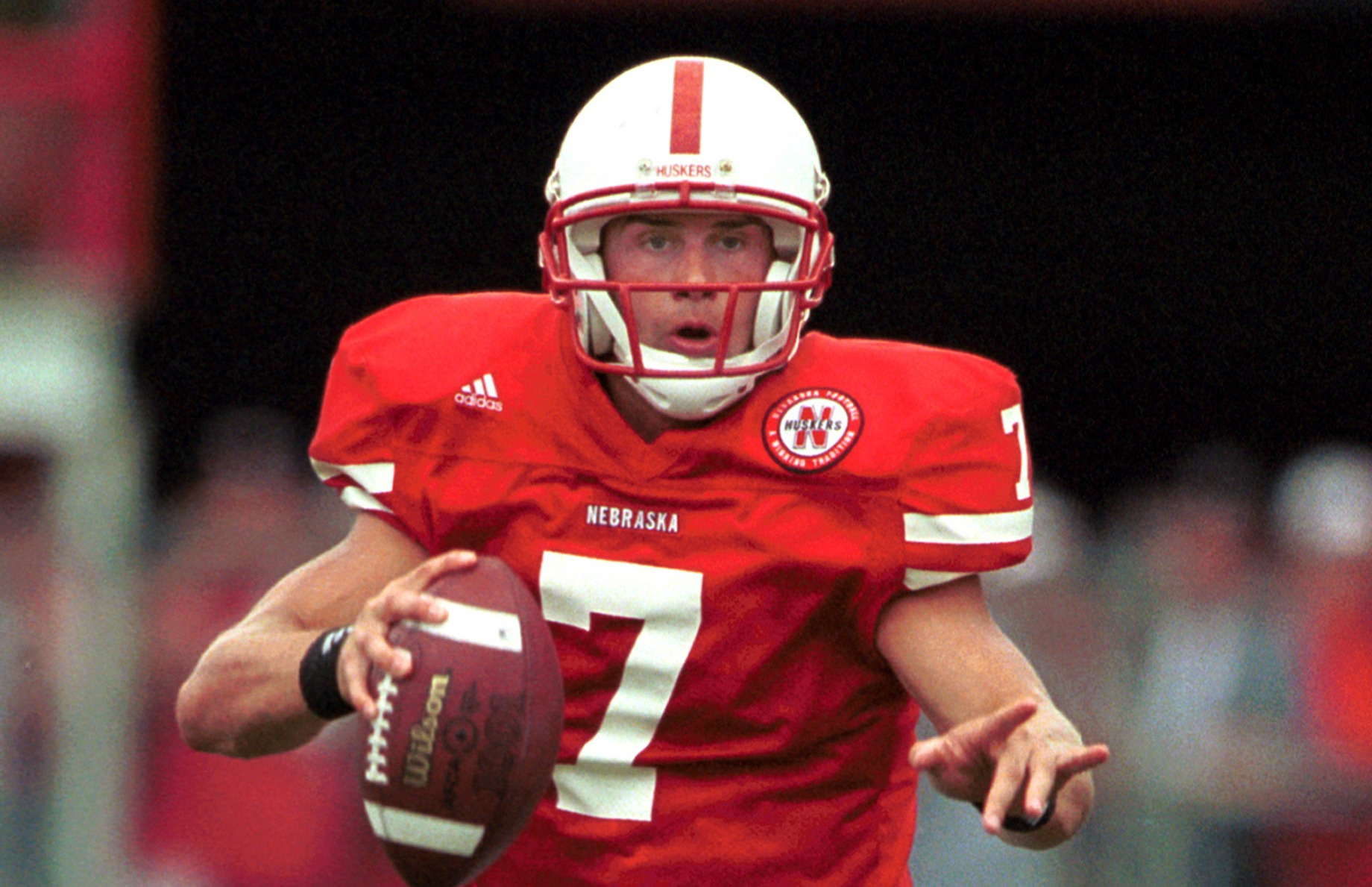 Eric Crouch led the Cornhuskers to an 11-1 record his senior year at Nebraska on his way to numerous postseason honors. He became the 13th player in NCAA history to both rush and pass for over 1,000 yards in a single season, throwing for 1,510 yards and rushing for 1,129, en route to the Davey O’Brien Award and Heisman Memorial Trophy. Crouch was also named the Walter Camp Player of the Year and Big 12 Offensive Player of the Year.

He completed his final season with an average of 5.5 yards per carry and 92.9 yards per game, which ranked third nationally among quarterbacks. Crouch was only the third quarterback in NCAA history to rush for 3,000 yards and pass for 4,000 yards in his career. His season rushing totals topped the previous rushing highs by former Heisman winners Terry Baker (538, Oregon State, 1962) and Davey O’Brien (462, TCU, 1938).