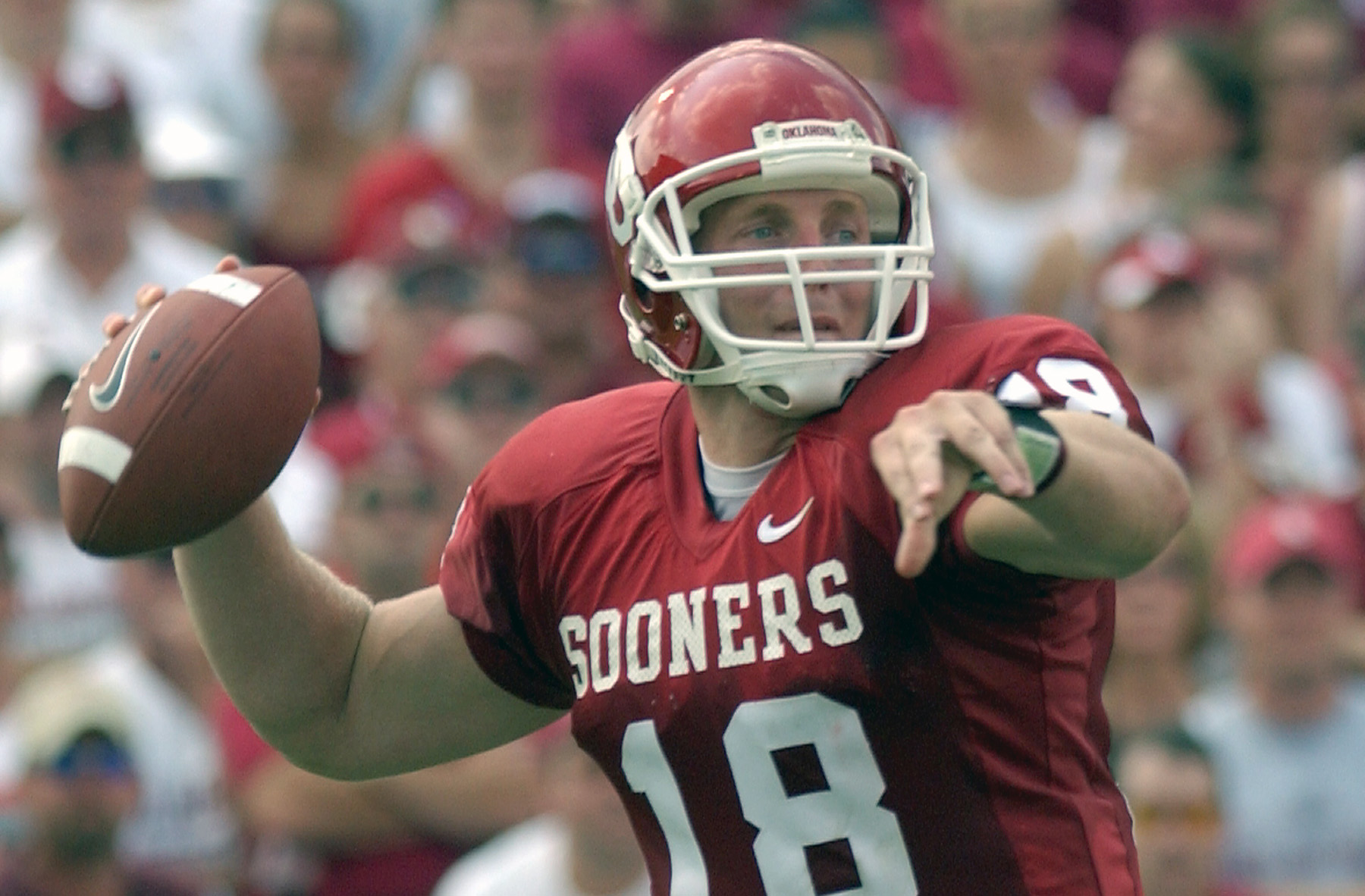 In 2003, Jason White was named the Associated Press, Sporting News and CNNSI.com College Player of the Year. He capped his return from two serious knee injuries by becoming the nation’s top-rated passer while leading the Oklahoma Sooners to an undefeated regular season and a berth in the National Championship.

In addition to the O’Brien Award, White received the Heisman Memorial Trophy, Jim Thorpe Courage Award, and was named a member of the Walter Camp All-America Team and Big 12 Player of the Year. In 2004 White again led the Sooners to an undefeated regular season, a Big 12 Conference Championship and a berth in the National Championship. During his senior season, White became Oklahoma’s all-time leader in career passing with a total of 7,768 yards and 79 touchdowns.

He received both the O’Brien and Maxwell Awards and was a finalist for the Heisman Memorial Trophy. He is one of just three players ever to win the Davey O’Brien Award twice, joining Danny Wuerffel (1995-96) and Ty Detmer (1990-91).