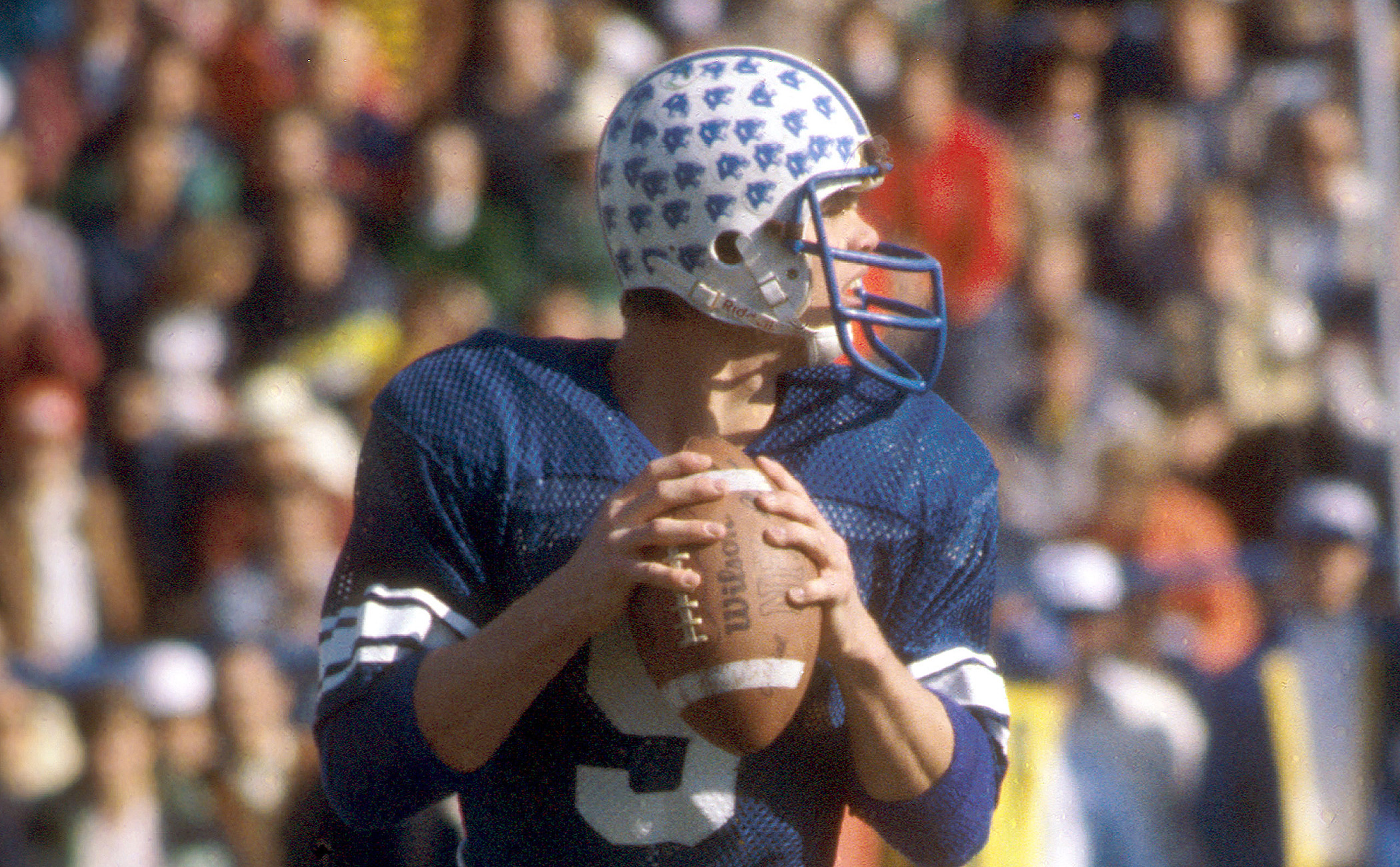 Jim McMahon was the inaugural recipient of the Davey O’Brien National Quarterback Award. He was a consensus All-American as a senior at BYU after leading the nation in passing in both 1980 and 1981. In his award season of 1981, he posted 3,555 yards passing and 30 touchdowns.

With 9,536 passing yards, he completed his career as the nation’s most prolific passer and held 55 NCAA offensive records. McMahon was selected in the first round of the 1982 NFL Draft by the Chicago Bears. He led the Bears’ offense for eight seasons, helping Chicago to a victory in Super Bowl XX. During his 15-year NFL career, he also earned a second Super Bowl ring with the Green Bay Packers in 1996.

McMahon was inducted into the College Football Hall of Fame in 1999. BYU honored McMahon by retiring his No. 9 jersey in 2014.