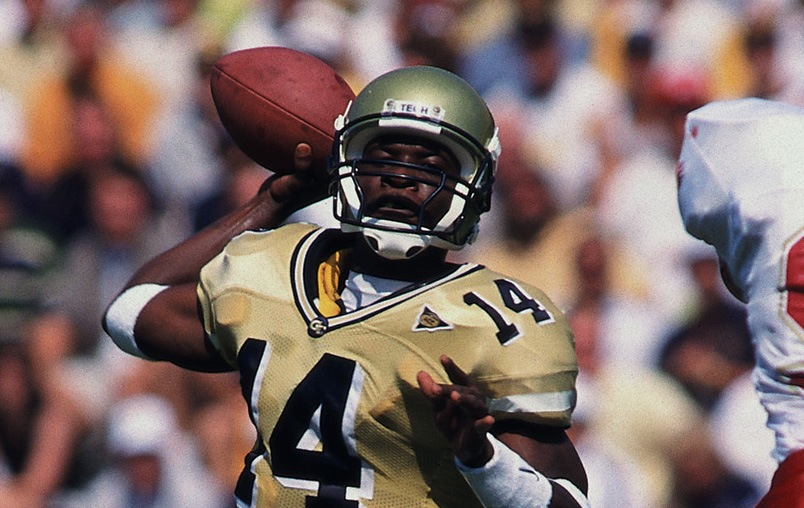 Joe Hamilton finished his career as one of the most prolific offensive players in both Georgia Tech and ACC history and was named as one of the 50 members of the ACC 50th Anniversary Football Team in 2002. In 1999, Hamilton ranked second in the nation in passing efficiency with a rating of 175.0 and led the Yellow Jackets to their third straight bowl game. He also ranked second nationally in total offense, averaging 344.9 yards per game while directing a unit that led the nation in total offense and was second in scoring.

As Georgia Tech’s second-leading rusher, his 734 rushing yards set the NCAA record for a 3,000-yard passer. He also set ACC career records for total offense with 10,640 yards, 65 touchdown passes and 83 total touchdowns. In addition to winning the 1999 Davey O’Brien Award, Hamilton was recognized as a consensus first-team All-American and was the runner up for the Heisman Trophy.

Hamilton was drafted by the Tampa Bay Buccaneers where he played for three seasons before joining the AFL’s Orlando Predators in 2004. He was elected to the College Football Hall of Fame in 2014.