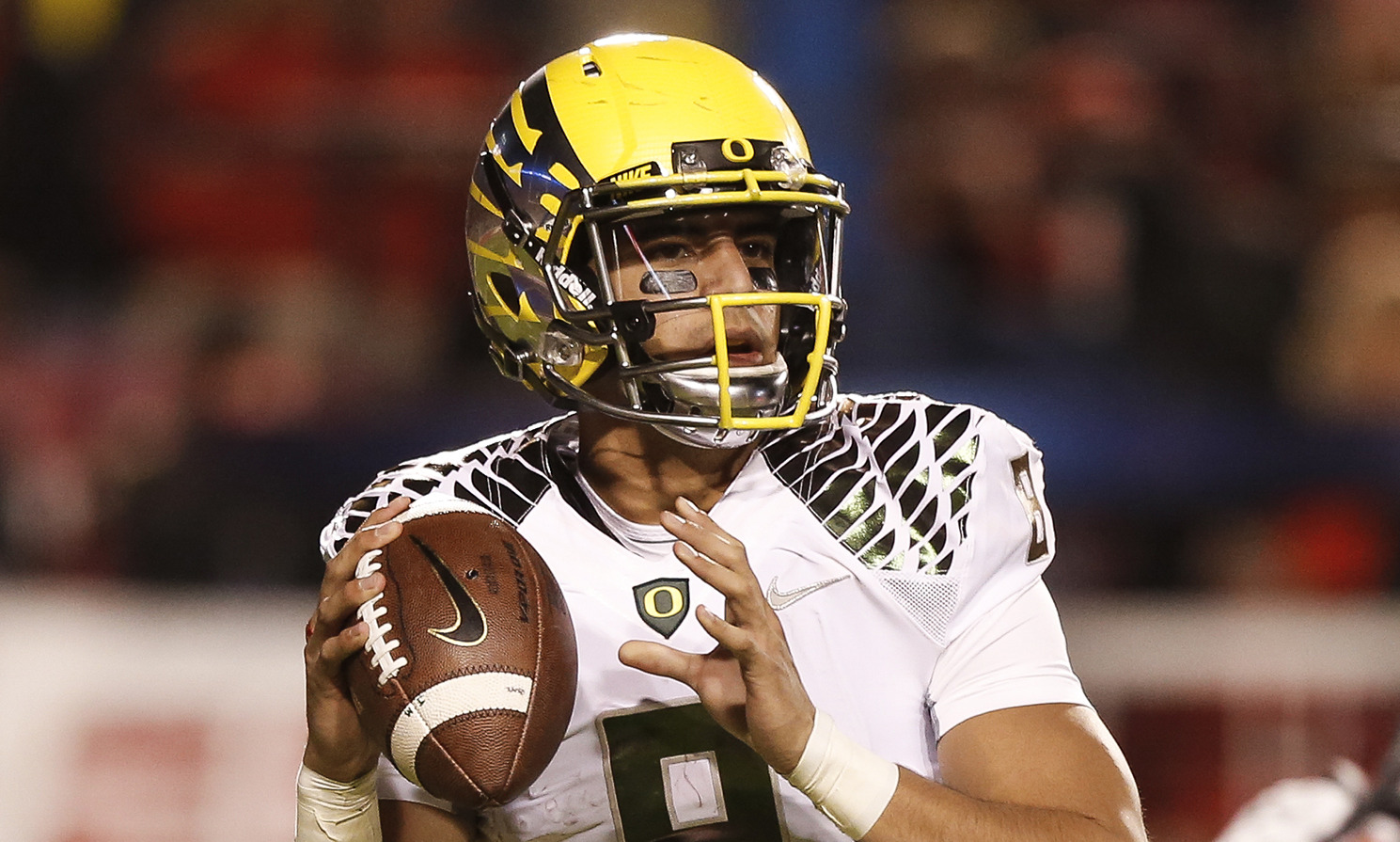 In 2014, Marcus Mariota of Oregon became the first Pac-12 Conference player to win the Davey O’Brien Award since Troy Aikman in 1988. He guided the Ducks to the College Football Playoff’s National Championship Game and a final record of 13-2. Mariota also claimed the Heisman Trophy and Maxwell Award in his historic season.

The junior finished the season with 4,454 passing yards and 42 touchdowns, and also ran for 770 yards and 15 scores. His 58 touchdowns responsible for ranks among the all-time top 5 in NCAA history. He led the nation in passing efficiency (181.7) and points responsible for (348) and was fifth in total offense (348.3).

The consensus All-American also was named the Pac-12 Player of the Year. Mariota became the fourth player in NCAA history with 10,000 passing yards and 2,000 rushing yards in a career.