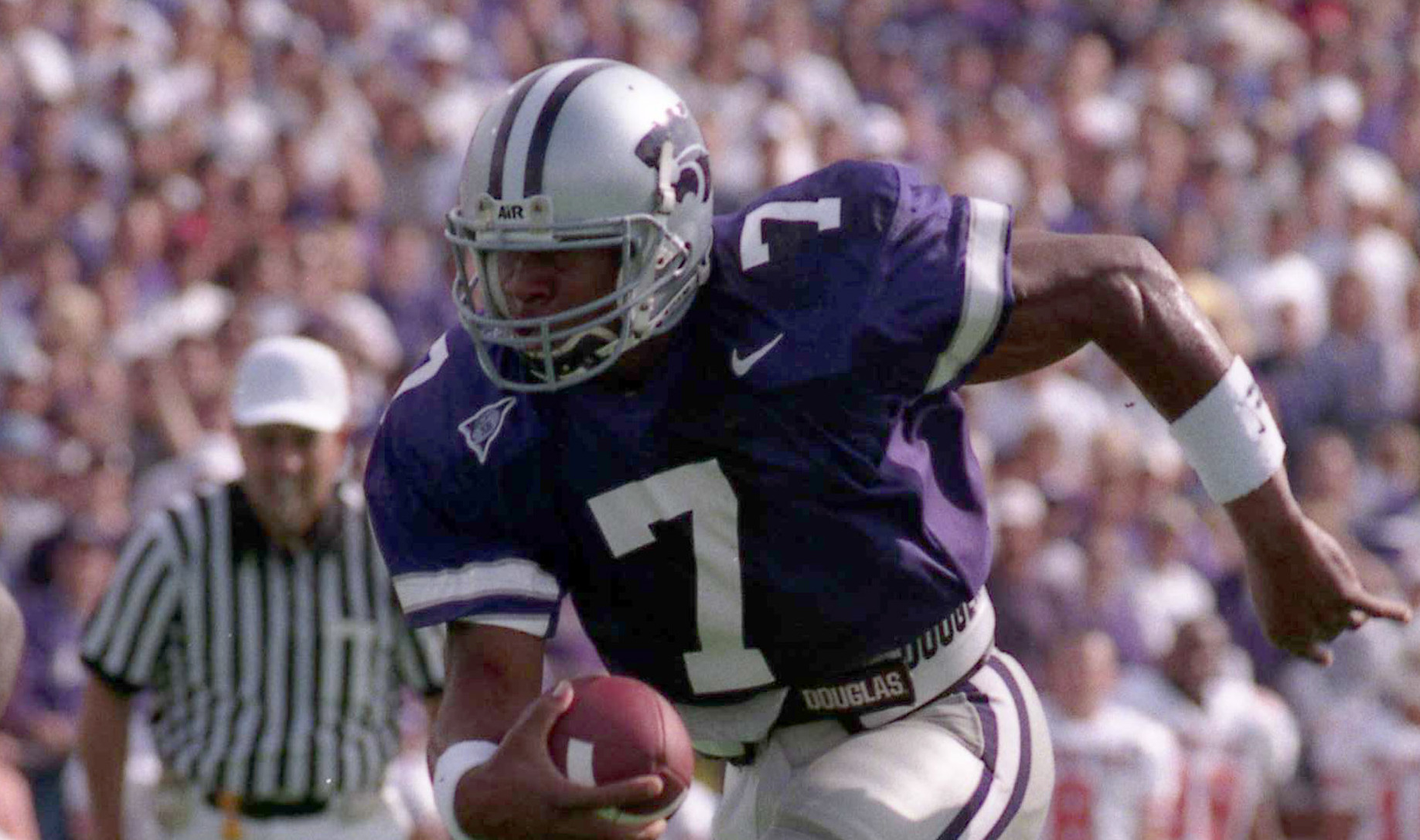 Michael Bishop led the 1998 Kansas State Wildcats to a 10-1 record. He set the school record for both passing yards and touchdowns, throwing for 2,844 yards and 23 touchdowns and just four interceptions. Bishop also rushed for 748 yards and 14 scores.

Throughout his two years at Kansas State, Bishop fashioned a 22-3 record, starting all 25 games. In addition to winning the Davey O’Brien Award, Bishop was a finalist for the Heisman Memorial Trophy and the Maxwell Award. He also finished second in the voting for the Associated Press National Player of the Year. He was a first-team All-America pick by Sporting News and was a first-team All-Big 12 cjoice.

He was selected by the New England Patriots in the 1999 NFL Draft. Bishop later played in NFL Europe for the Frankfurt Galaxy and in the Canadian Football League for the Toronto Argonauts, Saskatchewan Roughriders and Winnepeg Blue Bombers.