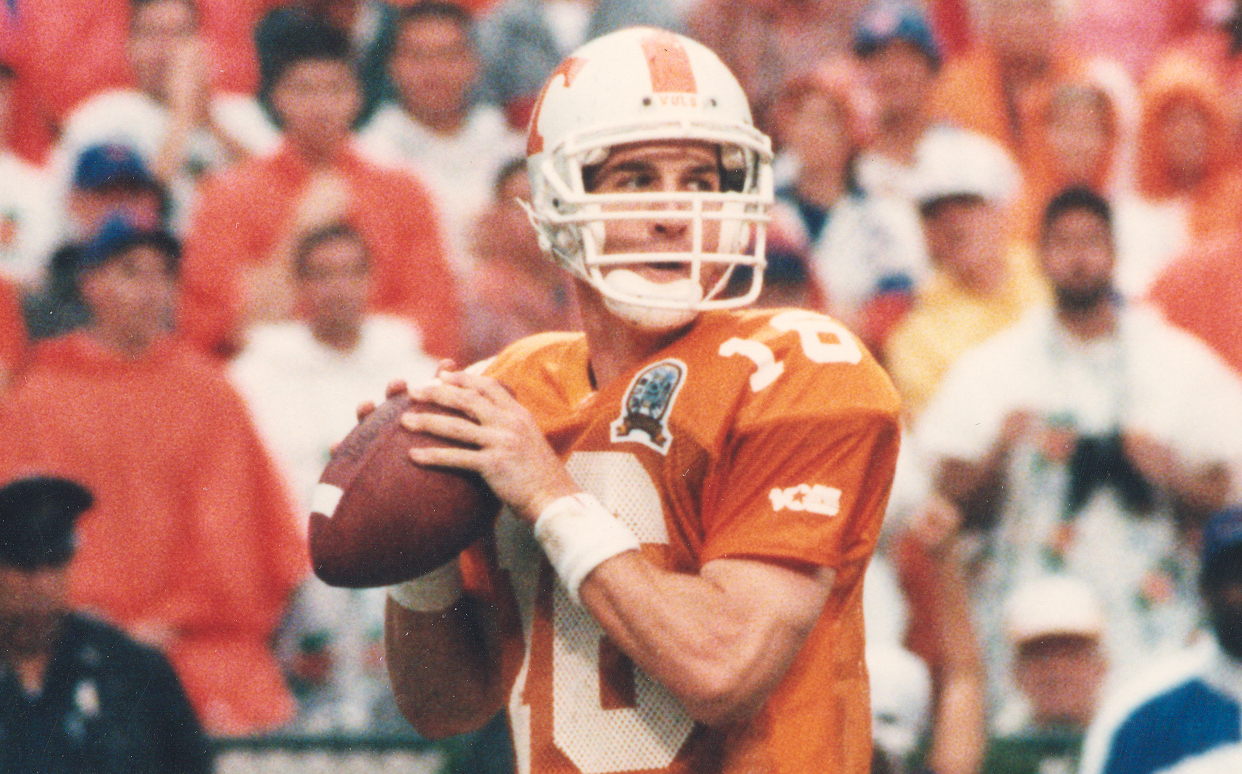 Peyton Manning finished his career at Tennessee as the winningest quarterback in Southeastern Conference history, and accumulated 42 NCAA, SEC and Tennessee records along the way.

In 1997, Manning threw for 3,953 yards and 37 touchdowns, leading the team to an 11-1 record and the Southeastern Conference Championship. A consensus All-American and the SEC Player of the year, he took home the Davey O’Brien Award as well as the Maxwell Award.

Manning was selected by the Indianapolis Colts as the first pick in the 1998 NFL Draft. His five NFL MVP Awards are a league record, and the 13-time Pro Bowler was the Most Valuable Player of Super Bowl XLI for the Indianapolis Colts. In 2014, he became the NFL’s all-time leader in career passing touchdowns.