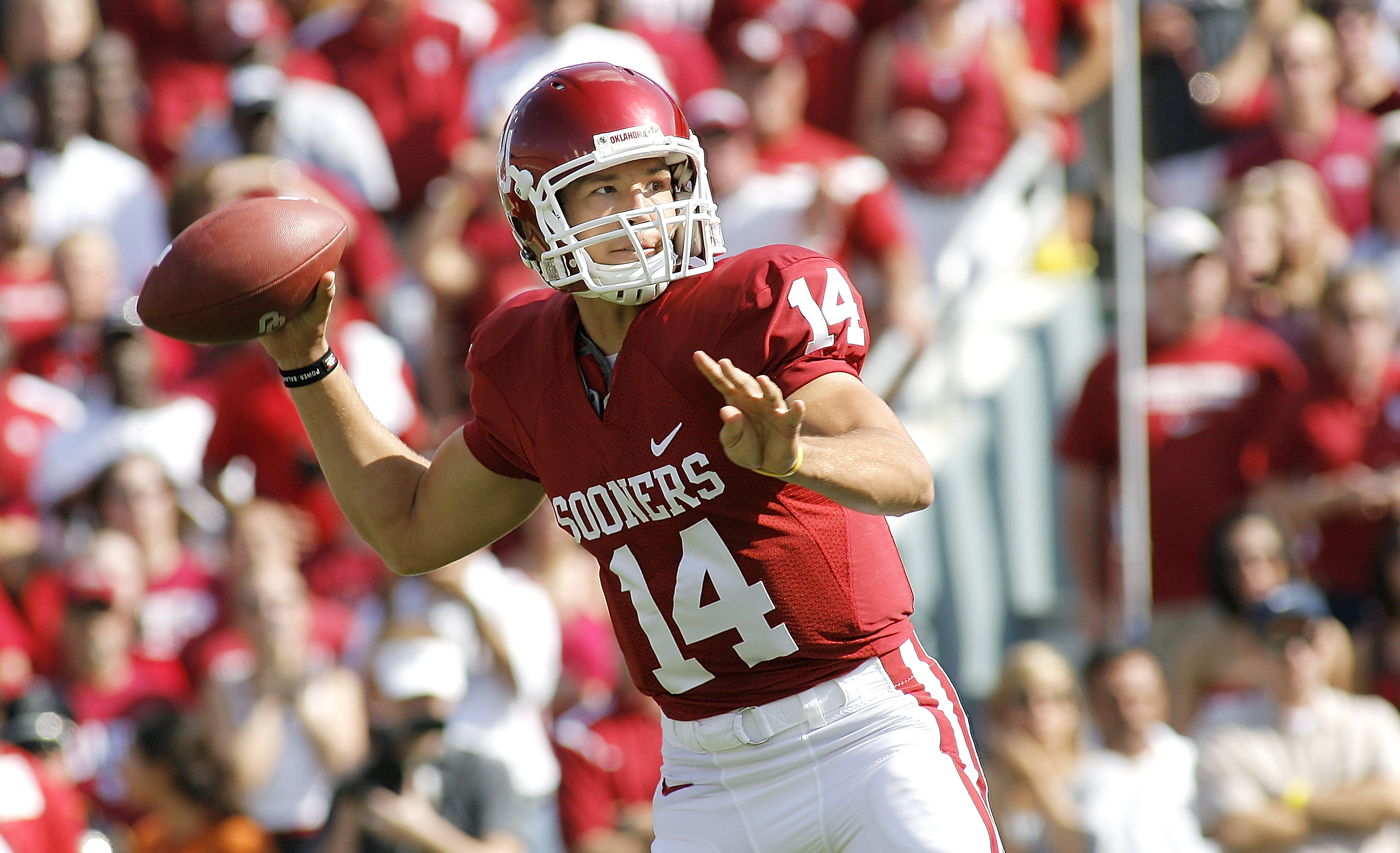 During his sophomore season, Sam Bradford led the Oklahoma Sooners to a 12-2 record, Big 12 Conference Championship, a No. 1 (BCS) ranking and a berth in the National Championship. In addition to the O’Brien Award, Bradford was also awarded the 2008 Heisman Memorial Trophy and was named the Associated Press College Football Player of the Year and the Big 12 Offensive Player of the Year. He was selected as a First Team All-American by CBS Sports, Rivals.com, ESPN, the AP and The Sporting News.

The signal caller from Oklahoma City, Okla., threw for 4,720 yards with just eight interceptions while completing more than 67 percent of his passes. He finished the season as the nation’s leader in both passing touchdowns (50) and quarterback rating (180.84). After only his second season as a Sooner starter, Bradford’s 86 career touchdowns established a new school record, breaking the previous record held by 2003 and 2004 O’Brien Winner, Jason White.

Bradford, who was selected first overall in the 2010 NFL Draft, plays for the St. Louis Rams and was named NFL Offensive Rookie of the Year his first season.