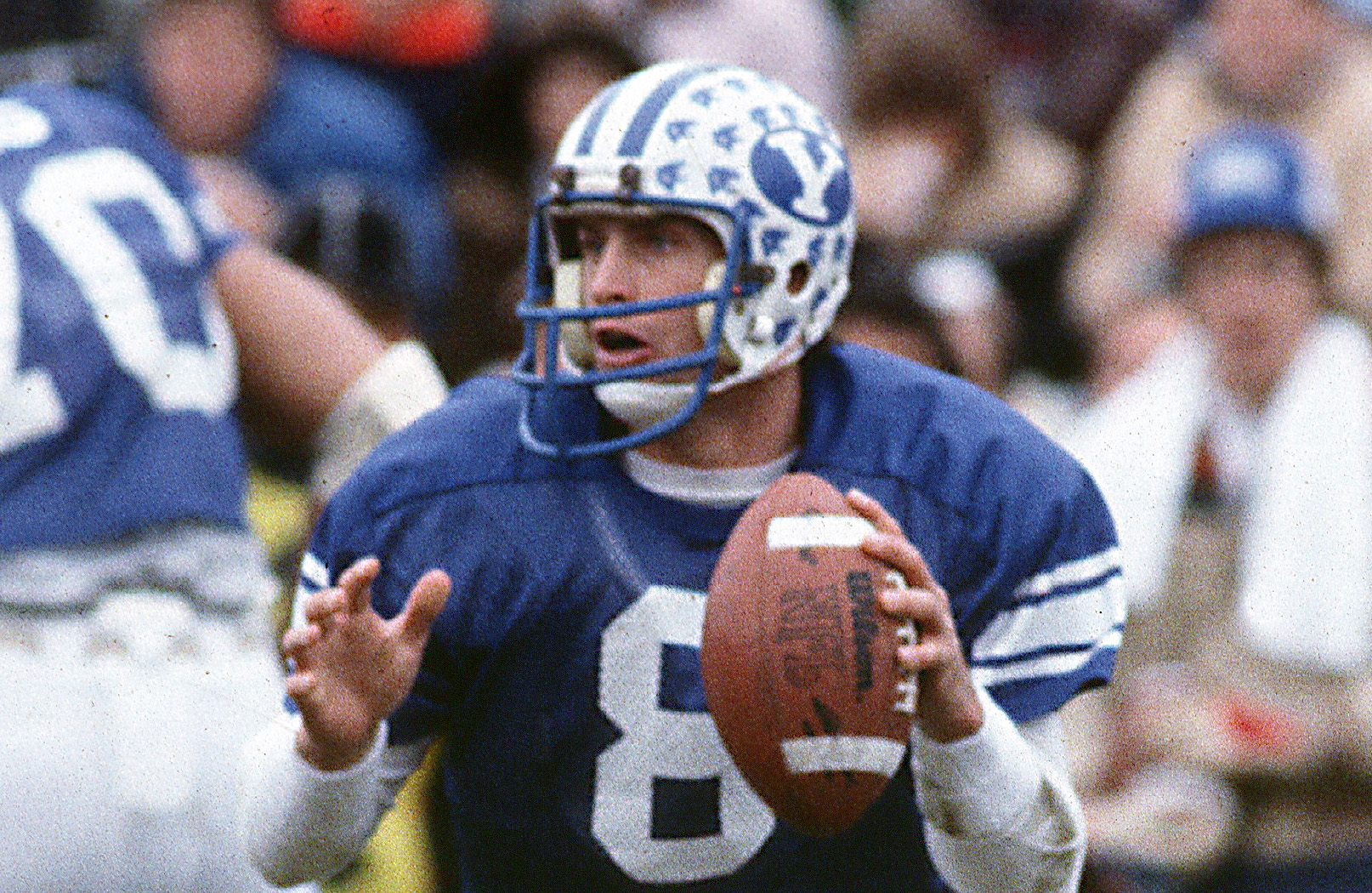 Steve Young led BYU to an 11-1 record during his senior year of 1983 after passing for 3,902 yards and 33 touchdowns. Young was a unanimous All-America selection and, in addition to taking home the Davey O’Brien Award, he finished second in the Heisman Trophy voting.

He played for the Los Angeles Express of the USFL as well as the Tampa Bay Buccaneers before being traded to the San Francisco 49ers in 1987. As a 49er, Young was a two-time NFL MVP (1992, 1994), the MVP of Super Bowl XXIX and a seven-time Pro Bowl selection. He also was a part of three Super Bowl Championship teams with San Francisco.