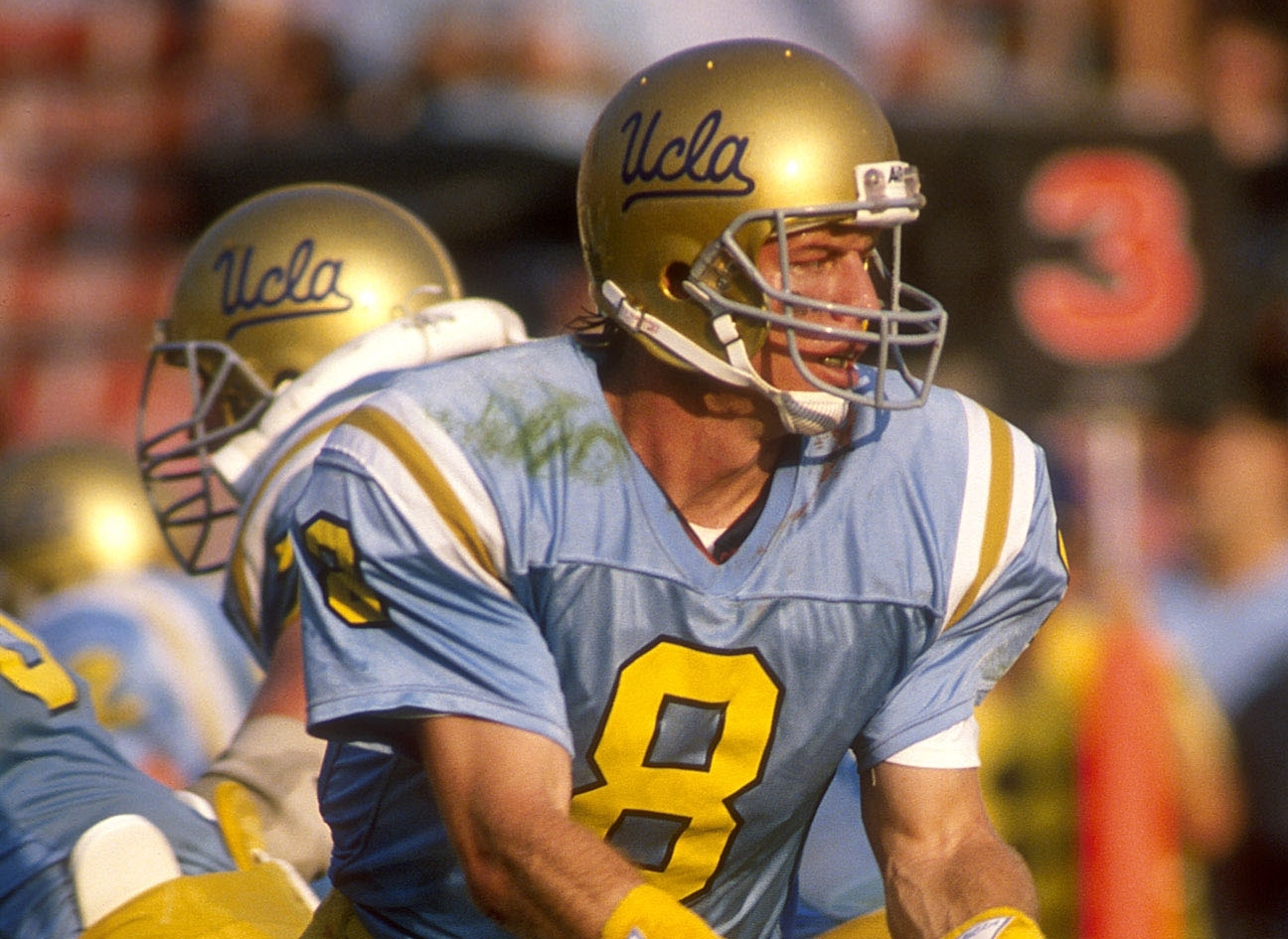 Troy Aikman transferred to UCLA from Oklahoma for his final two seasons, and was a consensus All-American and Davey O’Brien Award winner as a senior after throwing for 2,771 yards and 24 touchdowns. In addition, he finished third in the 1988 Heisman Trophy balloting.

He was selected by the Dallas Cowboys as the No. 1 pick in the 1989 NFL Draft and led the Cowboys to three Super Bowl championships. He was named the MVP of Super Bowl XXVII after passing for 273 yards and four touchdowns. Aikman set 45 passing records for the Cowboys, including completions (2,898), passing yards (32,942) and touchdowns (165).