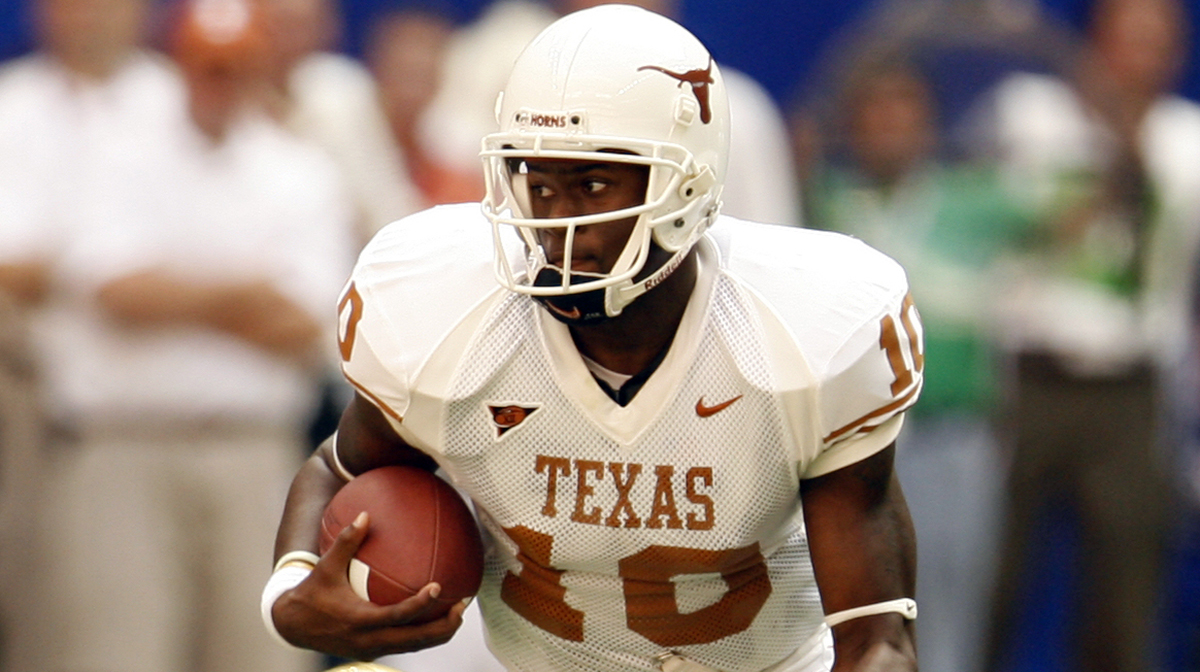 Vince Young led the Texas Longhorns to their first National Championship in 35 years during the 2005 season. Young started all 13 games for the undefeated Longhorns, throwing for 3,036 yards and 26 touchdowns while rushing for 1,050 yards and 12 scores. He became the first player in NCAA history to pass for over 230 yards and rush for over 250 yards in a single game.

Young helped the Longhorns secure their first Big 12 Championship since 1996, earning him numerous honors, including the O’Brien, Maxwell and Manning awards, as well as runner-up for the Heisman Memorial Trophy.

He became only the fourth player in history to earn the Rose Bowl Offensive Most Valuable Player honors twice (2005 & 2006) after completing 30 of 40 passes for 267 yards with no interceptions, 200 rushing yards and three touchdowns in the 41-38 victory over USC in 2006. Young was drafted by the Tennessee Titans in the first round of the 2006 NFL Draft.