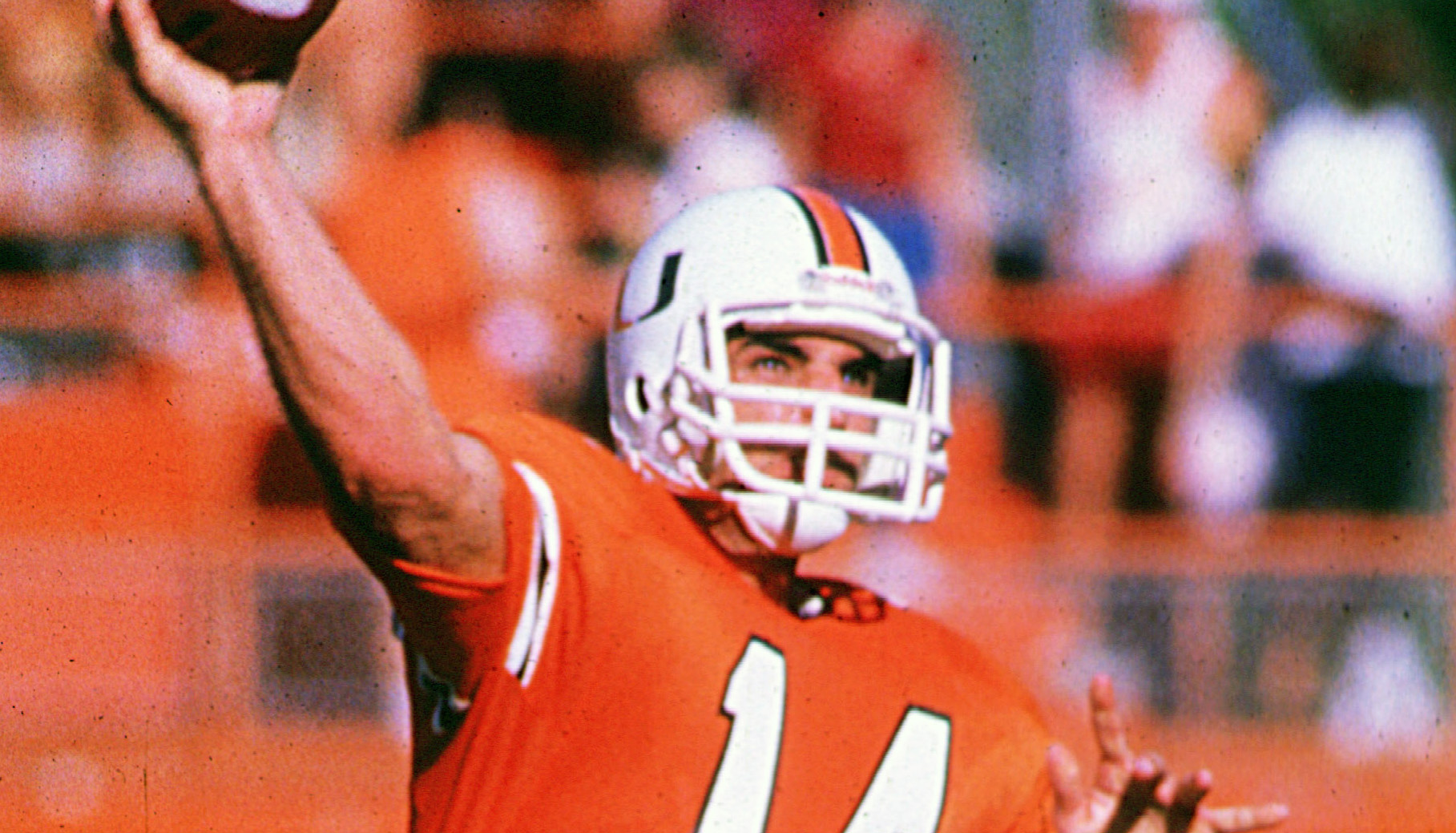 As a senior in 1986, Vinny Testaverde became the first player in college football history to win the Davey O’Brien Award, Heisman Trophy, Maxwell Award and Walter Camp Award in the same year. He threw for 2,557 yards and 26 touchdowns his final collegiate season while leading the Hurricanes into the national title game.

Testaverde was selected by the Tampa Bay Buccaneers with the No. 1 pick in the 1987 NFL Draft. He went on to a 21-year NFL career for seven different teams. He holds an all-time league record for consecutive seasons with a passing touchdown (21) and ranks among the top 10 in career touchdown passes (275) and career passing yards (46,223). He was inducted into the Miami Sports Hall of Fame in 1998 and the College Football Hall of Fame in 2013.